It has been a very cold week here with heavy frosts and snow on Thursday evening. February has arrived and plans for the year to come are gathering pace.  Seeds have been delivered and also, unexpectedly, asparagus crowns. 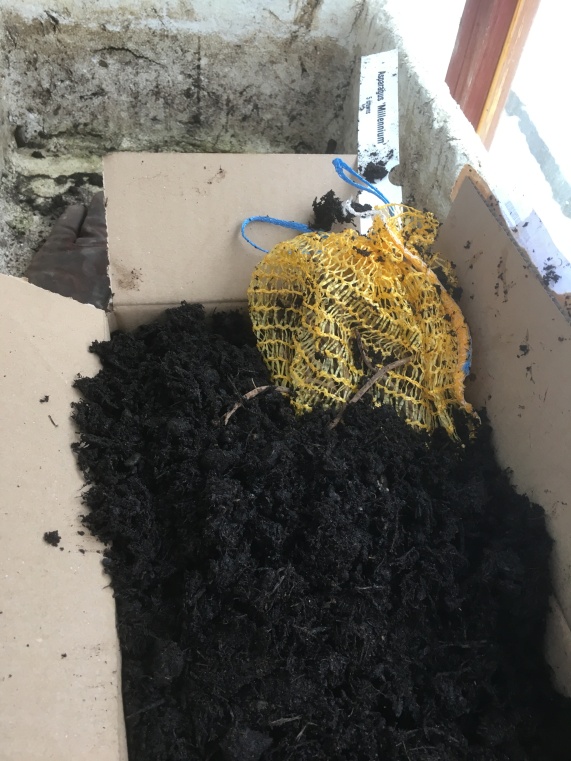 I ordered them on the understanding that despatch would be in February for planting out in March.  They arrived a few days ago during the coldest spell of the winter.  Much as I prefer to stay in the warm at these times I did plant out 125 snowdrops on a very sleety day in February a few years ago, I have form for gardening in the winter.  This time I feel misled.  I registered my concerns with the supplier who assures me that the majority of UK asparagus can now be planted any time over winter when the ground is not frozen.  But my ground is frozen.  I am therefore advised to store them temporarily with a covering of dry sand or compost which stops them drying out completely.  This I have done.  I now have my fingers very much crossed.  Wish me luck.  The supplier will be updating their website and I could be digging trenches this weekend. 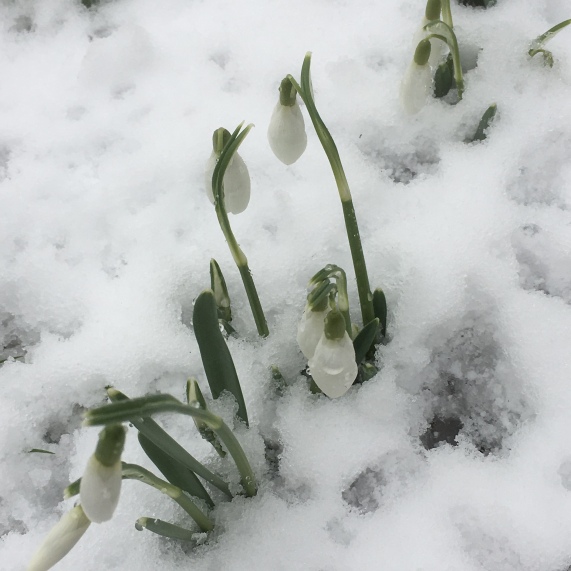 As February has arrived I feel it is time to show a snow drop or two.  As mentioned, I did have fun planting these!  I planted them at the base of the fruit trees in the garden.  One hundred and twenty five snowdrops do not go very far but they do take a long time to plant.  I was hoping they would naturalise and spread themselves out into the empty spaces, but it looks as though that is going to take some time and I am sure that if I count them up I would be noting some as AWOL. Having said that they do look good in the snow.

A view of one section of the soft fruit beds in the snow and more evidence of winter gardening madness.  Last weekend I decided it was time to cut back the autumn fruiting raspberries.  It was a sunny morning and I was lured outside.  I failed to factor in the wind chill – it was freezing but I pushed on.  Once the secateurs were in action it was hard not to stop and the gooseberries also got some attention.  They succumbed to a sawfly attack last year so I focused on opening up the middle of each bush.   I still have the blackcurrants to do, they are budding up already.

Whilst stowing the asparagus crowns in the greenhouse I checked in on the overwintering pelagoniums.  They seem to be looking okay.  This is the first time I’ve tried overwintering and the gardening fingers are crossed for them too.

The delightful builder was very industrious when he visited recently and used up the wood left over from facing the breeze block walls of a raised bed to spruce up the large water storage tank.  I’d always thought it was an ugly thing but it was functional.  However I had coffee with my neighbour recently and realised she had a perfect sight line from her window direct to the water tank.  It was not a pretty sight.   I am pleased the left over wood got used up and perhaps the Euonymus fortunei ‘Emerald Gaiety’ that is hiding under the snow will be more inclined to creep up the sides now.

Lastly some variegated box capped with snow.  Plain and simple.  It forms one end of a hedge line separating the garden from the veg plot.

Interesting times these, for the SOS crowd.  What is going on in their gardens or in their gardening minds?  Mr P’s site will have all the answers.  It may be February but there will be much to discover.  Share your experiences too – here’s a participant guide.

21 thoughts on “Six On Saturday: How does your asparagus grow?”