I am a great admirer of Dan Pearson’s garden writing and have an email subscription to his online magazine, Dig Delve.  Dan unfailing comes up with beautiful words to describe the progress of his garden and Huw Morgan supplies the stunning photographs.  Last week’s edition A New Year was no exception. The very first sentence caught my attention: ‘Winter is a time to look.’  And so I did.

The seed head of Echinacea purpurea 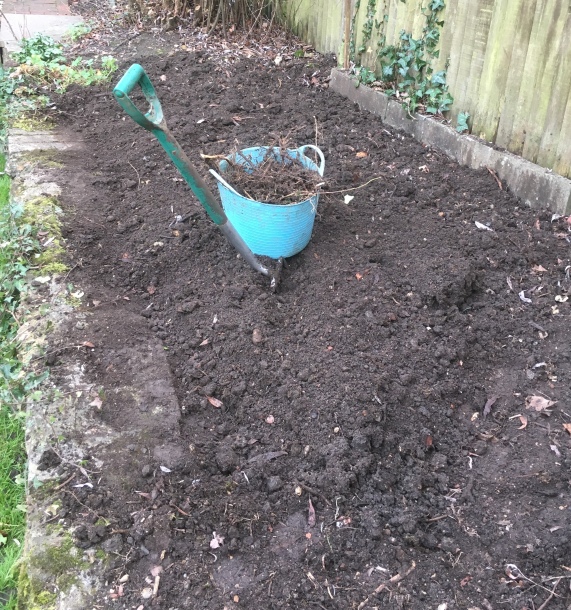 I also managed to do some gardening this week.  It was the coldest day of the week and I had some digging to do.  I had been smugly admiring the newly cleared plot on the north facing border.  It looked lovely but I know that soil can be deceptive and underneath lurk the roots of the very worst of weeds.  One end of the plot turned over quite nicely.  I only needed to remove the odd blackcurrant root that had been left behind.  I gave the dug over patch a mulch of leaf mould and as the toes were tingling I retreated inside for some warmth. The next day I set out to tackle the second half.  A different experience unfolded.  The weeds were lurking at this end of the plot and as I dug the roots out I remembered the enchanter’s nightshade that loves this corner and then the creeping cinquefoil  came to mind.  I really don’t like that one.   A couple of trugs full of roots were removed and I know I still haven’t got the upper hand.

The first rapid fluttering of a nearby robin’s wings always makes me jump out of my skin but we soon get used to each other and this robin seemed very happy to pose for the occasional photo.  In return I turned over a few worms for him.

It’s been cold but beautifully dry here so I’m hoping to finish off my digging this weekend.  I’ve then got roses to prune and some perennials to cut back.  I’ll be leaving those seed heads standing until the new growth starts to come through.  Wishing you all well with your garden jobs.  To take a look at what has been occupying fellow SOSs this week stop by at Mr P’s blog and links.

21 thoughts on “Six On Saturday: Another inspiration”