The joys of sixing! Thanks to our host The Propagator I get to really notice when things start happening in the garden and what a difference a week makes. Second joy of sixing – the front garden gets a tidy up: this week’s haul: three aluminium cans, a plastic bag and several pieces of polystyrene blown over from a neighbour’s skip. Not much storm damage to report here, just a few twiggy branches and a sodden lawn. Let’s see what Dennis dumps this week. On to the six:

The vinca that never flowers has flowered!  And this is not the only one, I’ve spotted at least four more.  It’s a start.  The flowering period for most vincas is given as April – September, this one is early but no complaints. Judging by the height I think this is a vinca major of some sort. 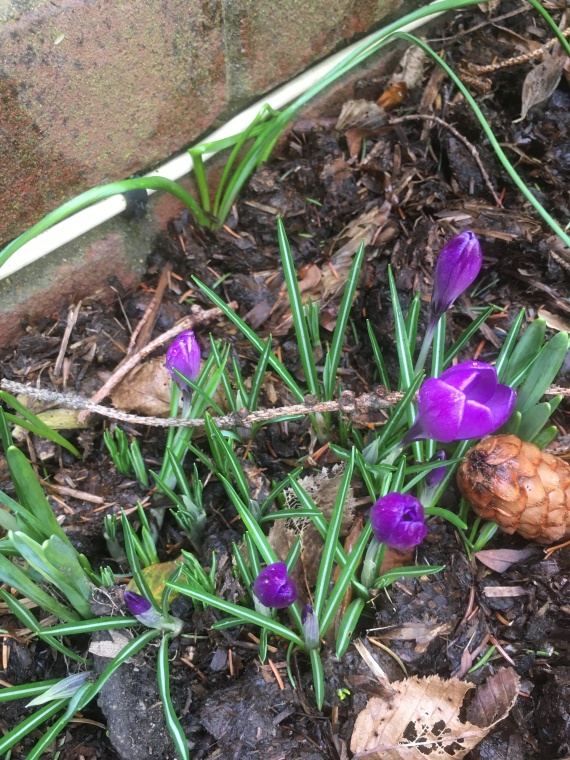 A few more of the front garden crocuses have opened up and these are a good purple colour.  Thumbs up for these too.

Until now there was not a sign of a daffodil but the sunny skies of last week have enticed the tete a tete to flower. 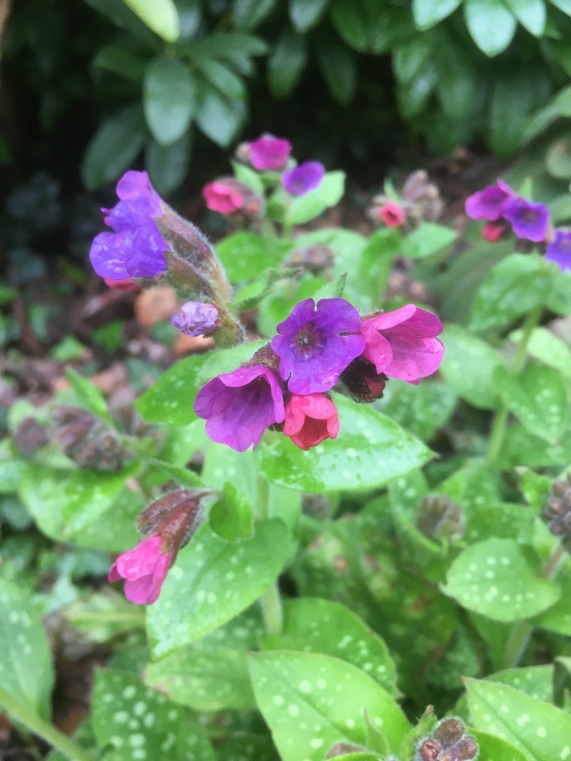 Round the corner from the daffs I came across a very healthy clump of pulmonaria officinalis.  Flowering period March to May, so just a few weeks early. 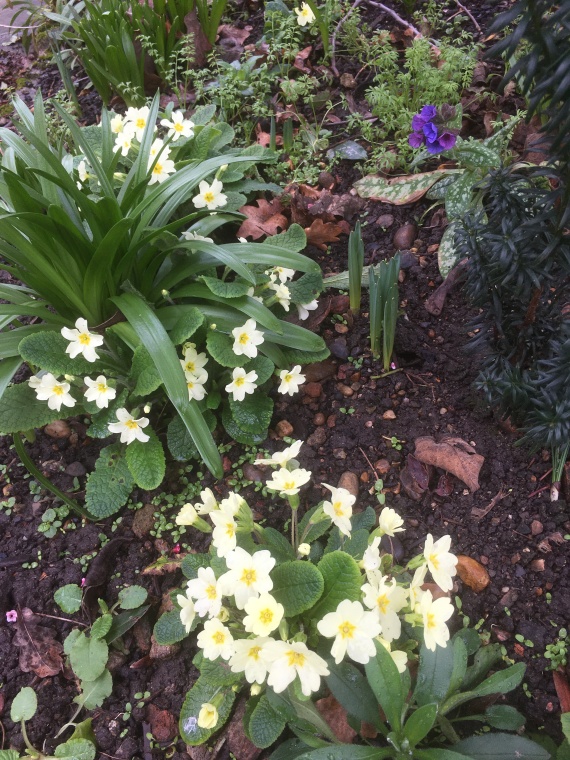 The primroses have been slowly opening up over the last few weeks but now they’ve decided to go for it. 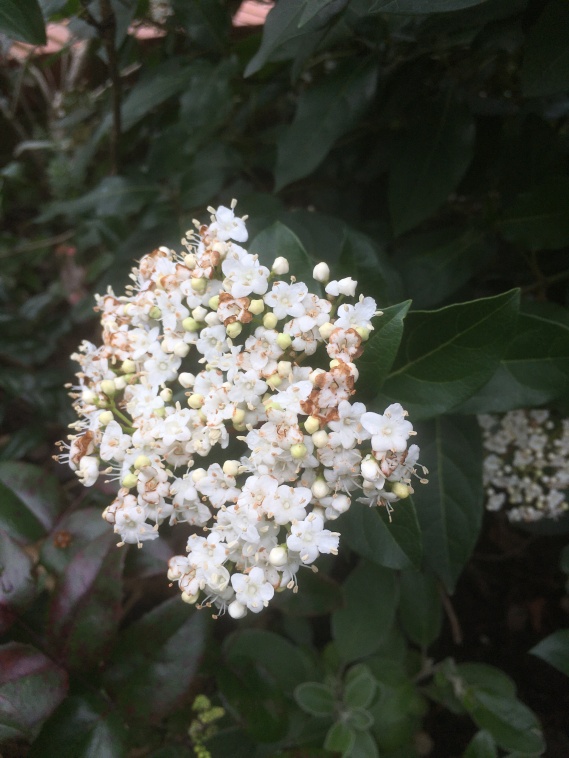 Lastly the front garden virbunum tinus, often maligned for not flowering very strongly is having a real go at it, mainly on the sunnier side of the shrub. There are two in the front garden and both were given a good prune last year.  They also received a good mulch for the second year running. so perhaps that has helped to move things along a bit.

All in all, a much easier six this week.  Things are definitely looking up.  The greenhouse felt positively warm this morning.  This can only mean one thing: it is time to start gardening again.  Time to finish all that soft fruit pruning and time to pull off the dead stems from the phlox as I’ve spotted the new shoots coming through.  Due to impending storm Dennis it won’t get one this weekend.  Time, I think, for an indoors sort through of seeds to be sown for week four of February.  Yes, time to be organised.

16 thoughts on “Six On Saturday: Creeping towards spring”