After a productive morning in the garden I now present my #SixOnSaturday.  And it is not quite as I anticipated.  My plan was to sow a few seeds and get the pruning of those blackcurrant bushes finished off.  It was a frosty start so I thought a light brushing down of a few cobwebs in the potting shed would be a good warm up. 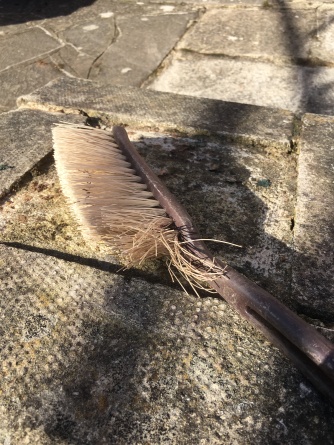 We all have our favourite tools and for me brushing down the cobwebs is done with the old brown brush.  First I had to find it.  So the rickety old shed was emptied out.  The brush was found about half way through the emptying but I’d started so I had to finish.  First job of the day turned out to be a spring clean of the shed.  The second job – look away now if you are faint-hearted – was also shed related.  If you are ready, read on. 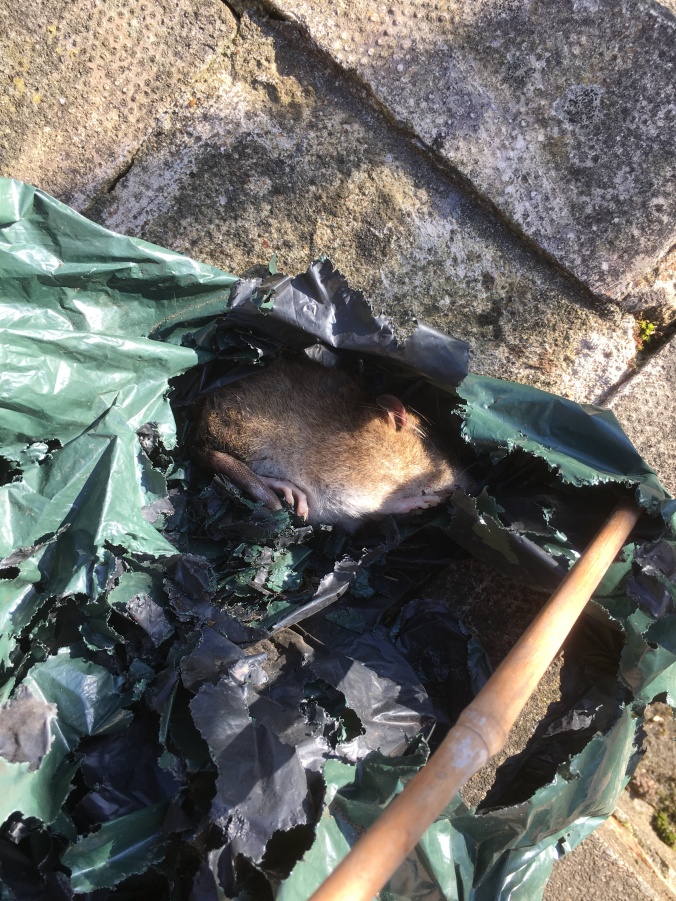 The dangers of plastic bags to wildlife are much in the news and I can only think that this rat fell foul of one my garden refuse bags.  I’m not a great fan of sheds at the best of times and my survival instincts were on the alert for large spiders.  I was not expecting to find this.  But it was dead, recently so I think, and so I coped rather well.  Disposed of it, had a cup of tea and with nerves steadied, moved on to brush down those cobwebs.

Whilst I had my feet up in January, those more resilient than I were washing down greenhouses, washing up pots and scrubbing plant labels clean.  Well today I made a start on a few of those jobs in preparation for a little bit of seed sowing. Once some of those jobs were done, sweet pea Black Knight, Gwendoline and Anniversary were planted in root trainers and the first rocket seeds were planted in modules. I decided against planting the half hardy antirrhinums as the greenhouse is on the cold side and I think they can wait until early March. As a bonus I’ve included the latest photos of the autumn sown love-in-a-mist and end of summer penstemon cuttings.

I sowed the love-in-mist in seed trays and when I potted them on I took the chance of planting a few directly into the soil.  They have survived the winter so far.  In the background is one of the foxgloves sown from seed last year and planted out at the same time.  The foxglove should be in flower this year.

A little dot of colour to end on.  The first of the anemones has pushed through and opened out.  I had thought the autumn mulch had buried them, but one or two are beginning to appear.

The half price tray of white cyclamen bought a while ago are evolving.  They have begun to take a gentle pink blush.  I wasn’t expecting this either but I find it far preferable to the dead rat.

For more garden excitement from around the world go to The Propagator for this week’s links to a lovely selection of six on saturday, generally horticulturally related but with the occasional meander off the garden path.

19 thoughts on “Six on Saturday”