After the first frost of last week, two more came this week and the greenhouse thermometer recorded it’s first minus temperature -1 degree. That was more encouragement to get the last few jobs done. I’ve planted out most of the tulips now and some thalia bulbs found at the back of the shed. The pellies in the greenhouse have been cut back but I still have roses to prune. Here’s the six things that I spotted in the garden this week. 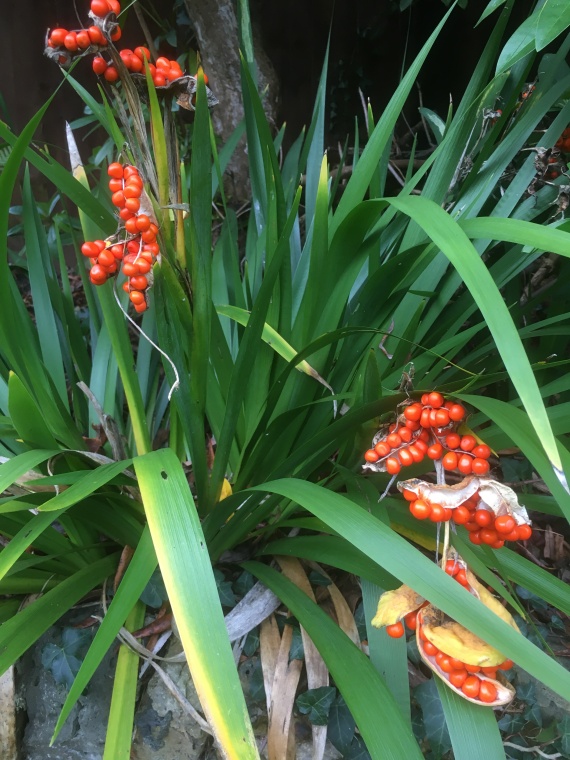 The bright orange berries of iris foetidissima.  When I first moved to this house there was a small clump of them lurking at the side of the shed.  The birds have helped them self seed at various points around the garden and I have collected them up and moved them to a new clump under the rhododendron.  Three years on and they have become quite established.  The summer flowers are easily passed over but the winter berries are wonderful. 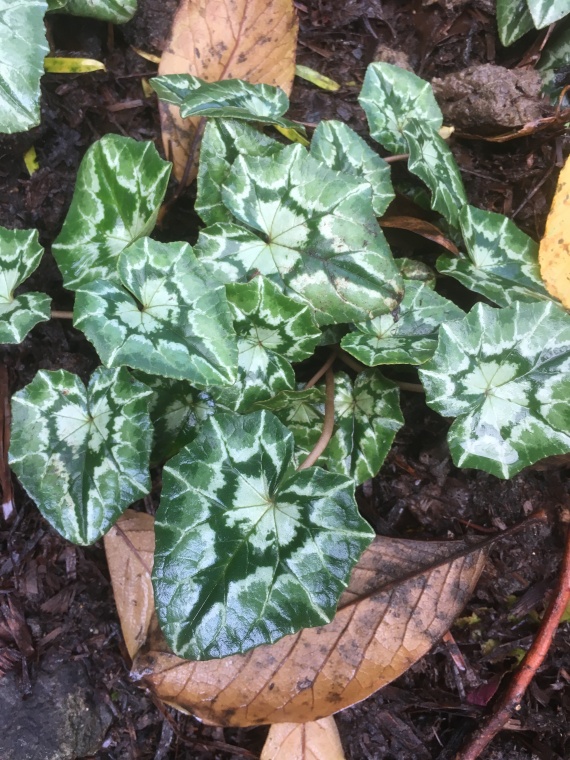 I managed to track down some cyclamen hederifolium at the garden centre which were in flower then, a couple of weeks on and there’s not a flower in sight but the leaves look magnificent.  These are in the front garden, a space that is just beginning to get some attention from me. 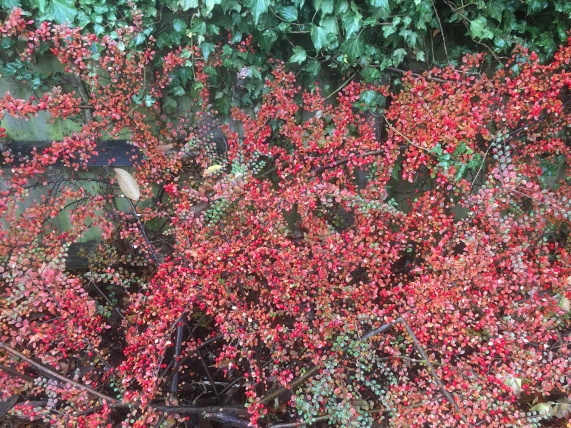 The front garden has, to my eyes, a very suburban look.  It’s a sequence of assorted shrubs which have  grown and grown over the years.  My least favourite was the cotoneaster horizontalis.  I say was, because after giving it some attention over the last few years, snipping off a branch here and there, it has now become quite an impressive feature which truly comes into its own at this time of the year.  It was on the ‘dig up’ list along with the forsythia but I’m going to be generous and let it stay. 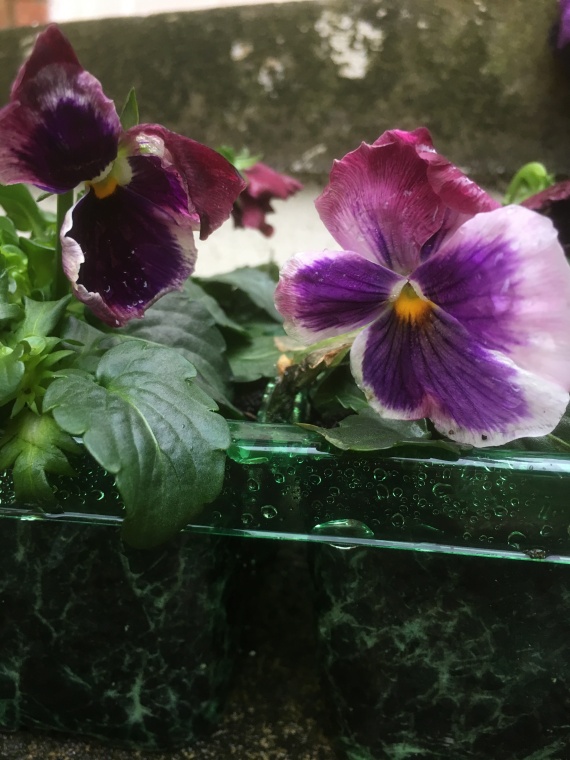 Having put the pellies away for the winter I had dragged my heels on putting in some winter bedding.  In truth I am a little mean about spending money for the winter pots.  But the reliable mistreatment of plants at diy stores often throws up a bargain and this week I snapped up two trays of pansies for  £1.75 each.  I’ve put them in with  some pale purple primroses  primroses that had been dug up and were sitting around in pots waiting for their next move – which was likely to be the compost heap as I am a bit of purist on the primrose front.  Four containers full for under a fiver.  I’m happy. 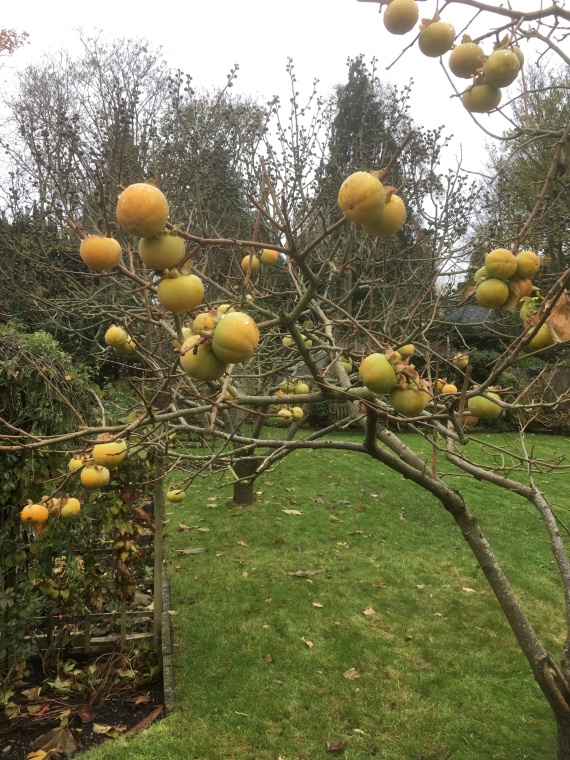 Almost all the leaves are down (yet strangely those on the apple trees still remain)  and now the full extent of the persimmon crop for this year is revealed.  It’s well up on last year which is good news for the birds as I don’t harvest them.  Once they are ripe the parakeets will descend which makes for a colourful sight on a December day.

Lastly, the seed heads of the rudbeckia have blackened adding a striking note to the border.

Time for me to have a look at other SOS choices for the week.  Winter inspiration from the UK but summer gems from the other side of the world all at The Propagator’s site.